The FollowThatLine algorithm makes the robot follow the line for a certain number of rotations. It is a two-sensor line following algorithm. 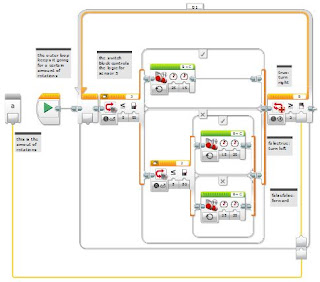 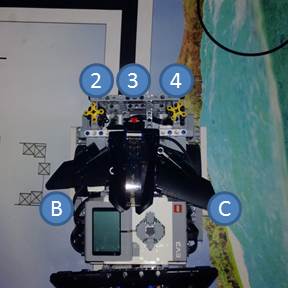 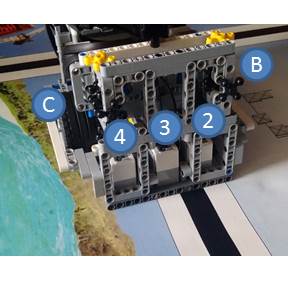 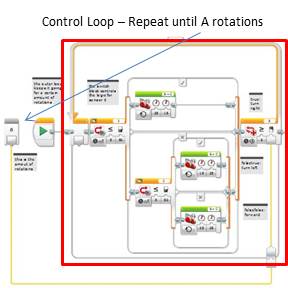 The algorithm is controlled by two switch statements. The first switch block tests if sensor 3 (the right sensor) is less than or equal to a reflectance value of 50 (darker than half black and white). The options are true, meaning we have moved to too dark, or false, meaning that it is either ok or too white. 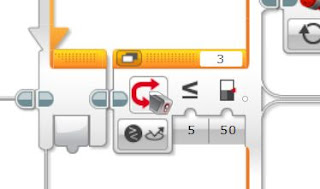 If sensor 3 measures too dark then the robot has steered to the left and we want it to start steering to the right. This is done by adjusting the power to each wheel. 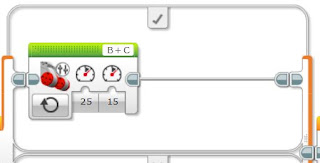 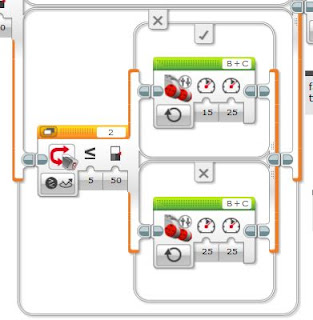 In the inner switch block for the false value of the outer switch block, the robot tests sensor 2 (on the left) for a reflectance intensity less than or equal to 50. This will test to see if the robot has steered too far right. 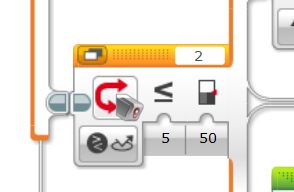 If it is true steer left because the robot is to far to the right. You do this by adjusting the wheel power to B and C. 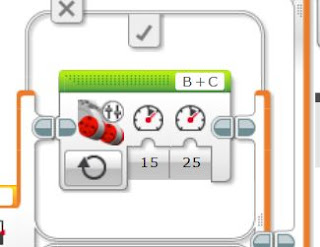 If it is false then the robot is neither too far left nor too far right. The robot needs to steer forward by setting the wheel power to the same number. 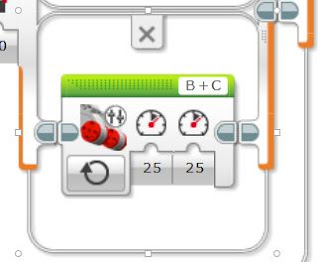 The FollowThatLine algorithm uses two switch statement to determine if the robot needs to steer left, right, or go straight. The steering is done by adjusting power to the two drive wheels. The exit condition is a motor turning a desired number of revolutions. The key sensing mechanism is if the two color sensors are measuring a value of 50 or less, meaning too dark (over the black line.) The algorithm assumes that it starts somewhere close to being correctly over the line (the black line will be between the two sensors.)