Last year we used a triple color sensor array. We used this to track lines as well as be able to stop at lines that branched off of the main line.

Color sensors are sensitive to ambient light, which is light that comes from the surroundings. To prevent that from affecting our sensors we put a bar in front of them to block as much ambient light as possible.

We found that the sensors could also be affected by reflected from the other sensors. We spaced them out to help alleviate cross-contamination. 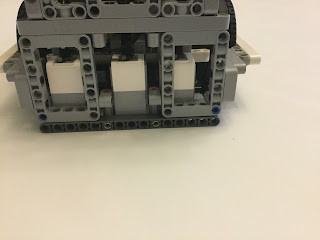 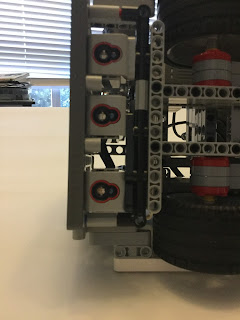